Written by Catherine on Wednesday 10 July 2019 in Japanese pens

Written by Catherine on Saturday 15 June 2019 in Japanese pens 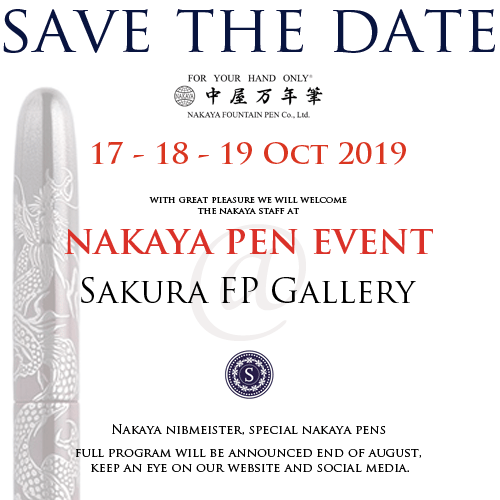 Written by Catherine on Saturday 13 April 2019 in Japanese pens

Sailor KOP ebonite pens are not that often available.

Written by Catherine on Wednesday 10 April 2019 in Japanese pens

Sailor Red Supernova arrived ! It is the thirth pen in line after the Starburst Galaxy and the Purple Cosmos. The pen is a professional gear slim with a 14kt rhodium plated nib. Only 800 pens for the world.

Written by Catherine on Friday 15 March 2019 in Japanese pens

Seven artisans from the present Kokkokai group contributed to the creation of seven Yukari-type fountain pens. They are all equipped with a clip and feature an 18-karat gold nib that brings out the special engraving of the PILOT centenary editions. Each model is made in Taka Maki-e and shows one of The Seven Gods of Fortune. In Japanese mythology, they are believed to grant good luck and are among the most popular mythical characters in Japan. These seven deities consist of one woman and six men, each from a different religion (Shintoism, Buddhism, Taoism and Brahmanism) and from various geographical origins (Japan, China or India). Each pen is limited to 25 pieces in Europe, available as of March 2019. 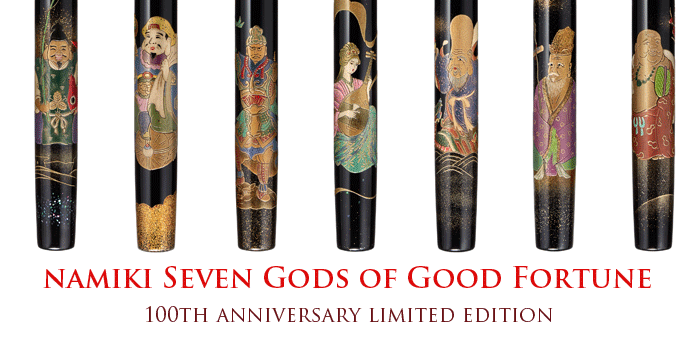 The 100th anniversary or centenary of the Namiki group is cause for a special celebration. The company mobilised its famous Kokkokai craftsmen to create exceptional limited editions inspired by themes dear to its history and Japanese culture: sea, good fortune and Mount Fuji. It also serves as an homage to its founders Ryosuke Namiki and Masao Wada, two marine engineers united by their native land and passion of navigation.