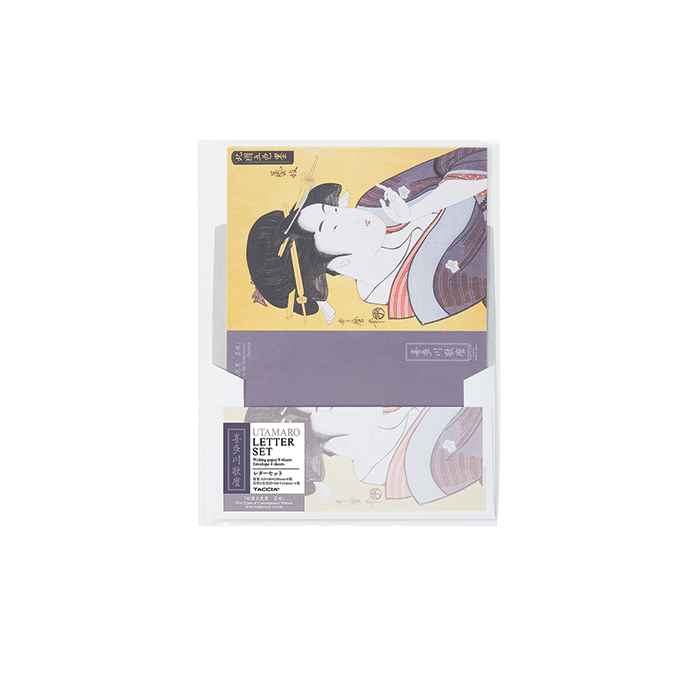 Taccia released a stationery series entirely devoted to the theme of Ukiyo-e woodblock prints. The Ukiyo-e notebooks, letter sets, and greeting cards are printed with a beautiful art image.

The Taccia stationery set consists of eight A5 sheets and four envelopes. The front and back of the writing paper is printed with the same image. The accompanying envelope is white at the front and has the same print as the letterhead on the backside.

In the late 17th, early 18th century, a new artistic movement called "ukiyo-e" emerged in Japan. Vaguely translated into "the floating life", ukiyo-e found inspiration in nature and the Japanese working class. Ukiyo-e is known for its woodblock prints. Despite the fact they were mass-produced, they had a very high artistic value. The movement was characterized by clear designs, bold compositions, and a lack of shade. In addition to landscape portraits, ukiyo-e also featured geishas, sumo wrestlers, and kabuki actors. Well-known artists include Hiroshige,  Hokusai, Sharaku, and Utamaro.