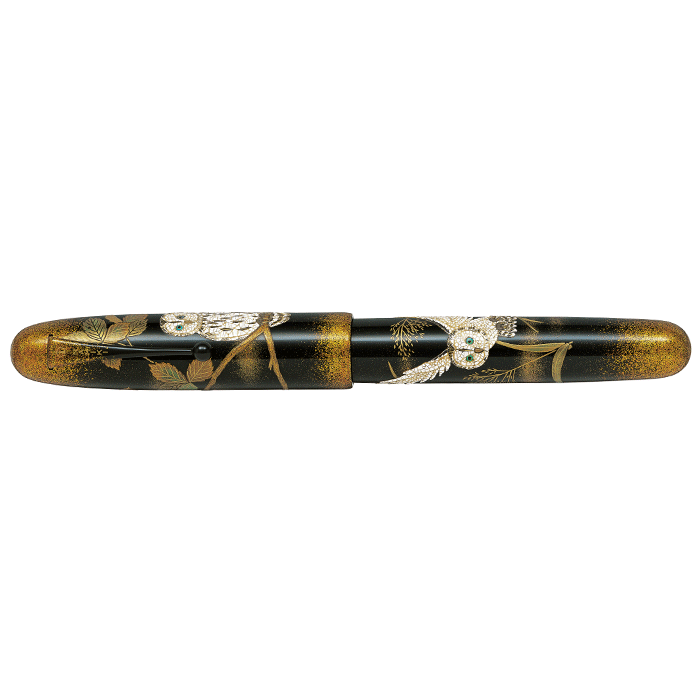 The Namiki Emperor Owl fountain pen in high-end Togidashi-taka Maki-e was created in 2015 by artisan Yutaka. The Fukuro or Owl stands for luck, protection, and wisdom. It is depicted twice on this magnificent fountain pen.

Both owls are depicted in Rankaku technique, using white quail shells due to the lack of white urushi. The owl on the cap is perching on a branch. Its eyes are accentuated with abalone shells.

An owl floats through the air. It flaps its large wings silently and graciously. The owl on the body of this Namiki pen started his flight. His wings reach over half the diameter of the pen!

The Namiki Emperor is a massive pen. It is made in ebonite and measures 184mm with a diameter of 17mm. The filling system is a Japanese eyedropper. The 18kt gold nib can be chosen in M or B. The turning knob at the back of the pen is seamless painted and hardly noticable.

The  Namiki emperor Owl pen comes in a large paulownia wooden box with inkpot. A certificate of authenticity accompanies the pen.