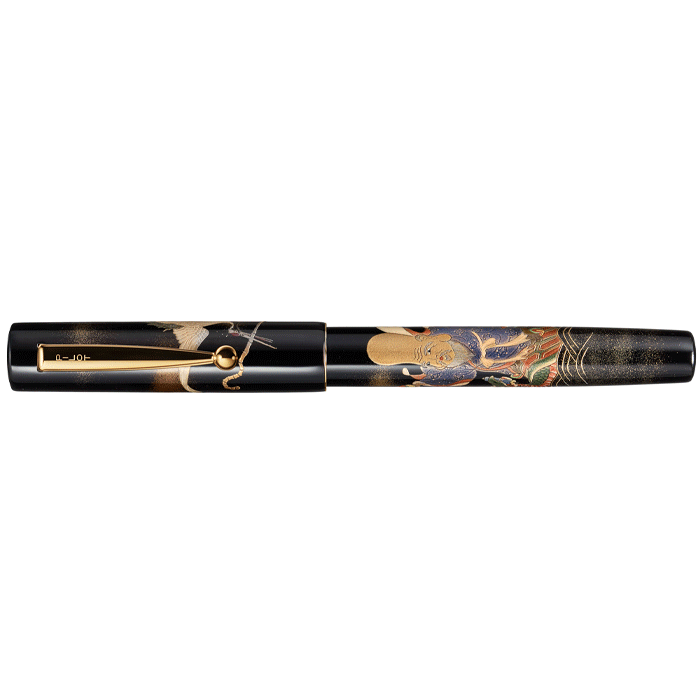 FUKUROKUJU - God of integrity - The three characters 福禄寿 of his name, fuku, roku and ju are also the three virtues of Taoism: happiness, wealth and longevity. The body of the pen is decorated with an image of Fukurokuju who can be recognised by its elongated skull, white beard and large earlobes. Fukurokuju is standing on a turtle, which carries a sacred roll in its mouth and he is holding a gem in his right hand. He is accompanied by a crane, which is, like the turtle, another symbol of longevity. Created by artist Masahiro.