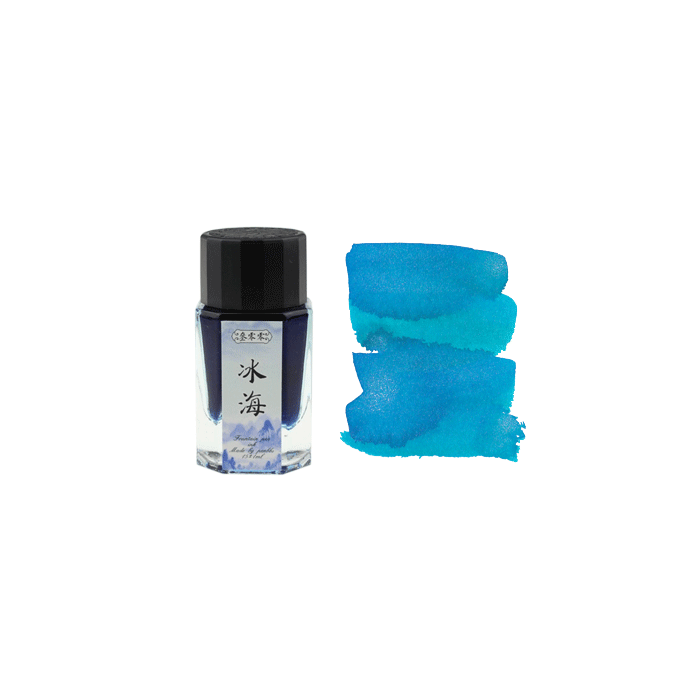 As of now, PENBBS fountain pen inks are available in small quantities. In China inks have been available for years and they were developed, tested, approved and adopted by a large group of fountain pen enthusiasts. It is now possible for ink lovers in the rest of the world experience writing with these Chinese fountain pen inks.

China can boast of a century-long writing tradition in which ink has played an important role. The history of ink in China is thought to date back to the 23rd century BC. Along with pencil, paper and ink stone, ink is considered to be part of the 文房四宝wenfan sibao, or the “Four Treasures of the Study”. This study was often a small pavilion situated in nature and usually decorated with inspiring artefacts such as thought-provoking stones and other aesthetically pleasing objects. Wealthy Chinese men would use this place as a small retreat where they could relax by studying, writing and practicing calligraphy.

Nowadays this privilege is no longer reserved for a select group of privileged gentlemen. Anyone who wishes to surround themselves with stylish writing objects can now do this to their heart’s content, and just like then tastefully decorate their desk or office. Though the brush has been replaced by an elegant fountain pen and the inkstone has become a beautiful ink bottle, the ink, paper and writing pleasure remained unchanged.

In line with this age-old tradition, it is now possible to experience authentic Chinese inks. PENBBS, a well-known Chinese forum for fountain pen enthusiasts from Shanghai, decided in 2005 to create their own line of inks. This resulted in a locally manufactured ever-growing ink collection. Each new addition, a season, is a new set of colours based on a certain theme. The inspiration for the colours comes from flora, fauna and highlights from history, culture, politics or art.